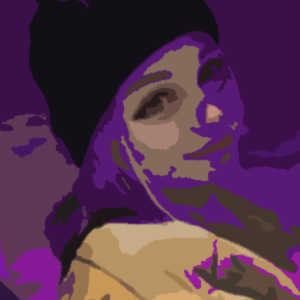 2022-01-05
• 3 months ago
i've been trying to think of ways to make the creator coin a bit more like an actual investment. right now it only increases in value from other people buying it. no value comes from any other source. yet a creator is creating value for the platform. so i wonder if we're actually earning anything at all from our content, or if it's just coming from each other, and most of us are nice so if we're lucky to get something from a non-creator, we tend to give a lot of it out to other creators. i dunno. tell me what you think. you can call this "#1" if you want to respond to that separately. anyway, i've been thinking about this a lot, since i had been saying to people who bought my coin how i would be working hard to increase my coin so they could profit. and i know i have been, i was ranked 16 out of 3,879 on the Creator Engagement Dashboard that @Randhir shared last week, and that was for my 6th week on the platform i think. yet, my coin holders didn't *really* benefit from that, nor did i. so how can the performance of the creator have an impact on the coin's value? how can we add value into our coin that isn't coming from ours or other users' wallets? ~i don't want this post to be a pain when people are scrolling the feed, so the rest is in a comment.~

kitty4D
2022-01-05
• 3 months ago
this is why i had the idea about being able to run ads on our profile pages and post pages, where the ad revenue goes into the coin. using a private key that no one would have access to. (whoever controls the ads needs control, i think, they would be automating the creation of those keys anyway, though ideally someone could think of a way that trust would not have to play a part in this, where it would not be possible for anyone to simply empty those wallets and run) so it would just be this value sink on the coin. it wouldn't be value in the coin that people couldn't be sure would still be there tomorrow. it would show up as something like "kitty4d_ADVERTISING" (and now we must worry about impersonators of these wallets, again, someone can think of something- gotta be higher on the list than "dislike" right?). ok, you hate ads. so don't go where the ads are shown. it's either that the node who offers this feature runs the ads on their site, or they create